Introducing the performative and sound to Guattareuze

Abstract: We’re aiming towards framing a composed image-sound chaosmos. Reflecting the challenge of multidisciplinary research practice, our paper-presentation will confront the image-sound synchresis. Break up traditional conference speech milieus with performative elements and interactive audiovisual dialogue. Our art-chaoid juxtaposition strategies aim to cut a tenuous crack into the rhythms of conventional paper presentations. Visual gestures and speech contradictions can be used to trigger a disconnection between words and images. Although the viewer understands cognitively the separation of the seen and heard stimuli, he shapes the meaning of the images (and sounds) out of an »indiscernibility of the real and the imaginary« (Deleuze 1989) from the initially perceived images and memory. In our case, images will run parallel with perceived actual sounds. The intermodal associations of images and sound help us to create meaning from isolated stimuli. Michel Chion calls this a synchresis, »the forging of an immediate and necessary relationship between one sees and something one hears at the same time« (Chion 1994). Furthermore, we are cursed to create this necessary relationship although we know that the sensory stimuli do not belong together per se.

Let us »tear open the firmament and plunge into the chaos« (Deleuze & Guattari 1994) of an intermodal perception-association of images, sounds and performative elements representations. To ignore the safety belt of resemblances, contiguity or causality and carve a question mark into the umbrella.

In every beginning – there is chaos.
A whirling movement of forces composes the whole universe. The chaos may be understood as an order or disorder of forms, wills, forces that cannot be separated. When the notion of chaos reappears in Deleuze  & Guatteri’s “Qu'est-ce que la philosophie?” it stands for a shared correlate of thought and the three dimensions of the chaoids and is not defined as disorder but rather by its fugacity and “infinite speed”.


For science, very existence of matter in the universe seems to proof that chaos is at the core of existence. Our radio scopes scratch the sky, telling a story of a big bang, the universe born from the encounter of matter and anti-matter in the singularity. But if antimatter and matter had been well ordered and symmetric, we'd live in a universe made from nothing but light. In our story, only chaos in the beginning of the world can explain that there is something instead of nothing.


Today, we will bring you a composition, freshly delivered from the pure chaos. Deleuze and Guattari refer the notion of chaosmos to James Joyce’s definition as a composition of chaos, a framed chaos. James Joyce describes chaosmos as a “cosmos at the verge of chaos, one that is surging toward the exciting possibility of going out of existence, struggling onward at the edge of the existential abyss.” 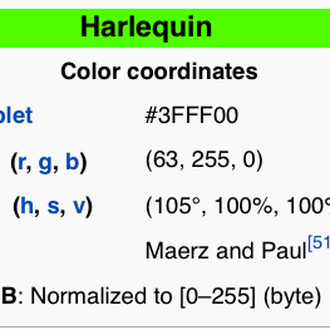 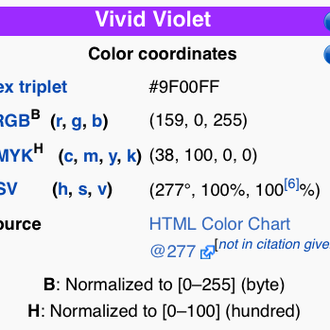 From Chaos to Brain  (Extract from "What is Philosophy?")

»We require just a little order to protect us from chaos. Nothing is more distressing than a thought that escapes itself, than fly off, that disappear hardly formed, already eroded by forgetfulness or precipitated into others that we no longer master. These are infinite variabilities, that appearing and disappearing of which coincide. The are infinite speeds that blend into the immobility of the colorless and silent nothingness they traverse, without nature or thought. This is the instant of which we do not know whether it is too long or too short for time. We receive sudden jolts that beat like arteries. We constantly lose our ideas. That is why we want to hang on to fixed opinions so much.

We ask only that our ideas are linked together according to a minimum of constant rules. All that the association of ideas has ever meant is providing us with these protective rules - resemblance, contiguity, causality - which enable us to put some order into ideas, preventing our "fantasy" (delirium, madness) from crossing the universe in an instant, producing winged horses and dragons breathing fire.

But there would not be a little order in ideas if there was not also a little order in things or states of affairs, like an objective anti chaos: "If cinnabar were sometimes red, sometimes black, sometimes light, sometimes heavy…, my empirical imagination would never find opportunity when representing red color to bring to mind heavy cinnabar." And finally, at the meeting point of things and thought, the sensation must recur–that of heaviness whenever we hold cinnabar in our hands, that red whenever we look at it–as proof or evidence of their agreement with our bodily organs that do not perceive the present without imposing on it a conformity with the past. This is all that we ask for in order to make an opinion for ourselves, like a sort of "umbrella", which protects us from chaos.

Our opinions are made up from all this. But art, science, and philosophy require more: they cast planes over the chaos. These three disciplines are not like religious that invoke dynasties of gods, or the epiphany of a single god, in order to paint a firmament on the umbrella, like the figures of an Urdoxa which opinions stem. Philosophy, science and art want us to tear open the firmament and plunge into the chaos. We defeat it only at this price. And thrice victoryous I have crossed the Acheron. The philosopher, the scientist, and the artist seem to return from the land of the dead.

What the philosopher brings back from the chaos are variations that are still infinite but that have become inseparable on the absolute surfaces or in the absolute volumes that lay out a secant [sécant] plane of immanence: these are not associations of distinct ideas, but reconnections through a zone of indistinction in a concept.

The scientist brings back from the chaos variables that are retained enter into determinable relations in a function: they are no longer links of properties in things, but finite coordinates on a secant plane of reference that go from local probabilities to a global cosmology.

The artist brings back from the chaos varieties that no longer constitute a reproduction of the sensory in the organ but set up a being of the sensory, a being of sensation, on an anorganic plane of composition that is able to restore the infinite. The struggle with chaos that Cézanne and Klee have shown in action in painting, at the heart of painting, is found in another way in science and in philosophy: it is always a matter of defeating chaos by a secant plane that crosses it. Painters go through a catastrophe, or through a conflagration, and leave the trace of this passage on the canvas, as of the leap that leads them from chaos to composition. Mathematical equations do not enjoy a tranquil certainty, which would be like the sanction of a dominant scientific opinion, but arise from an abyss that makes the mathematician "readily skip over calculations," in anticipation of not being able to bring about or arrive at the truth without "colliding here and there." And philosophical thought does not bring its concepts together in friendship without again being traversed by a fissure that leads them back to hatred or disperses them in the coexisting chaos where it is necessary to take them up again, to seek them out,  to make a leap. It is as if one were casting a net, but the fisherman always risks being swept away and finding himself in the open sea when he thought he had reached port. The three disciplines advance by crises or shocks in different ways, and in each case it is their succession that makes it possible to speak of "process." It is as if the struggle against chaos does not take place without an affinity with the enemy, because another struggle develops and takes on more importance–the struggle against opinion, which claims to protect us from chaos itself.«