Visually powerful – yet steeped in meaning

Sometimes, pictures can change everything. We had just returned from our field productions in Guatemala and Nigeria with some of our local and Swiss research colleagues, where we tried to capture their research into social conflict on camera. Once the film stills from our co-production process of “Inequality and Conflict – Beyond us and Them” were printed on paper and lying on a table in the Swiss National Science Foundation’s Headquarters in Bern, Switzerland, the discussions of our researchers started to shift fundamentally. The previous in-depth hour-long discussions about the distinction of certain terminologies seemed less critical for the research documentary. Our core team from the Graduate Institute Geneva, ETH Zurich and University of Lausanne described the film stills, almost with a notion of disbelieve, as “powerful” and “strong”.

But what are powerful and strong pictures? Let me briefly digress into the “the sciences of images/pictures” to provide a frame for the question. Film and media studies have been around since more than a century, dealing with questions on powerful media and film design. Although most academic fields work with visuals in one or another way, the knowledge about/with/in pictures are still widely neglected.

A turning point marks the 90-ies “iconic or pictorial turn”, where researchers from various disciplines started an in-depth inquiry into “what do images do”, “how do images create meaning” (for an introduction see: Gottfried Boehm, W.J.T. Mitchell). Breakthrough in the field came with the recognition that the plethora of hours and years of academic thoughts and debates revolved around investigating texts – while utterly neglecting images. A new interdisciplinary research field was born. Unfortunately, this field repeated what it criticised and still almost exclusively base their products on text-based writings “about images” instead of generating knowledge “with images”.

Today in the early 20ies, with the world somewhere in the middle of the tedious progress from analogue to digital, images – especially the moving variety – play an even more dominant role in our daily life than in the last century: from politics to YouTube-culture, from research to education. Yet academia is blissfully ignorant of the power of images and continues to operate in a text-based fashion at the core of both research and education. I’m experiencing this initial neglect of images and the subsequent transformation of attitudes towards them all the time, while I enjoy the privilege of working on the interface between film-research-education with amazingly talented and ambitious researchers. 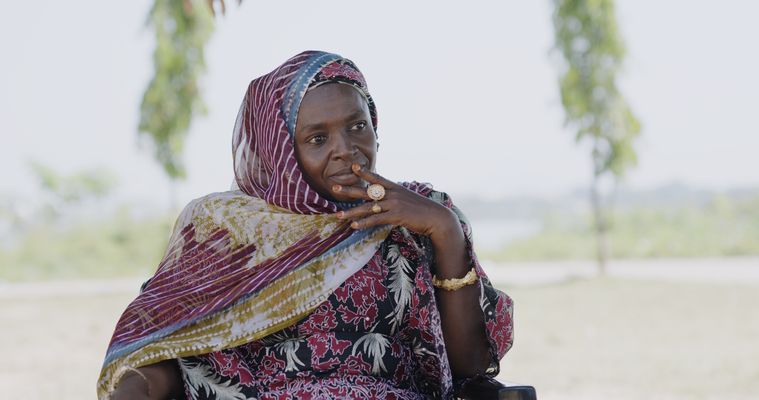 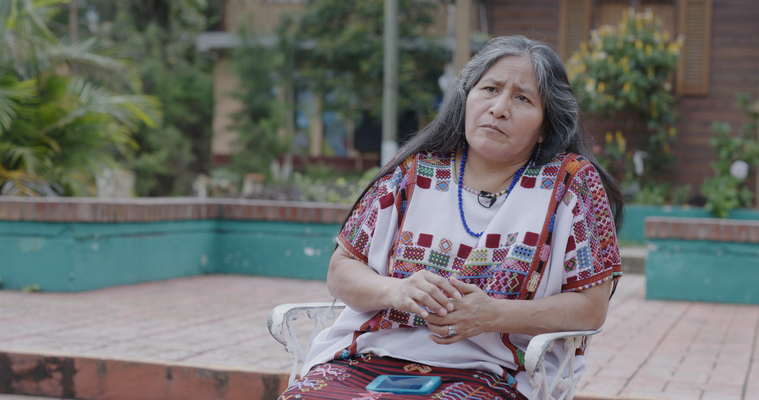 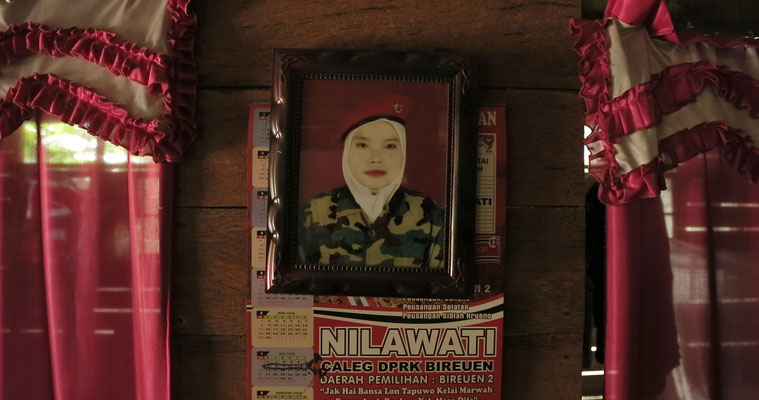 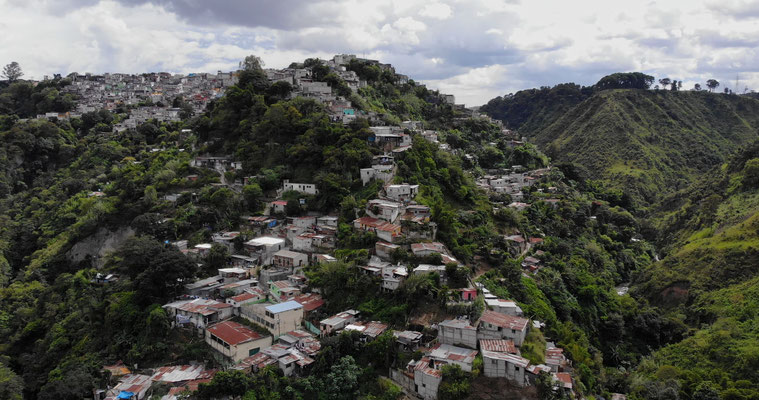 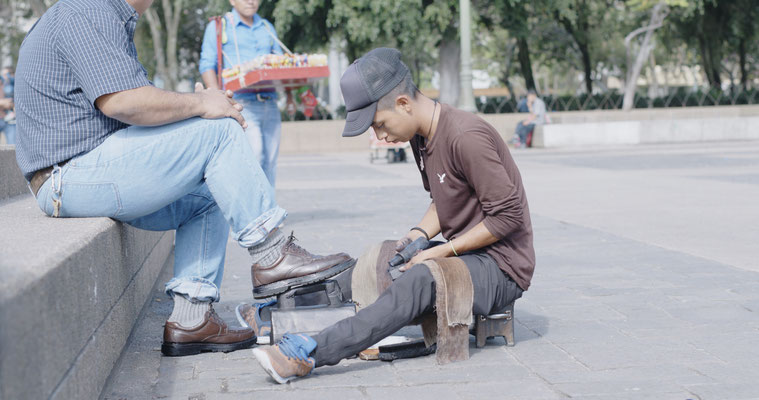 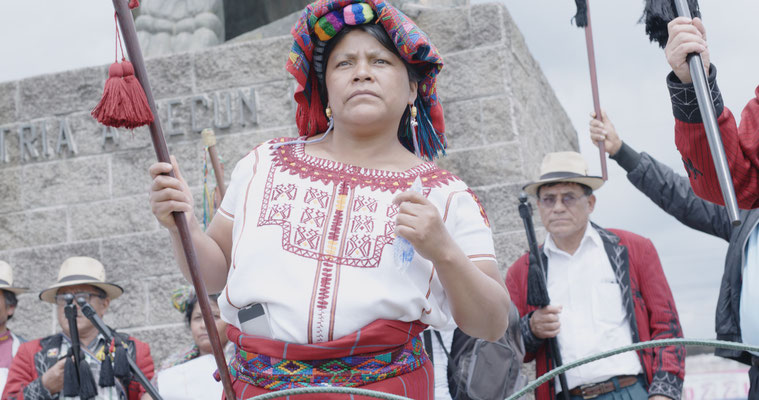 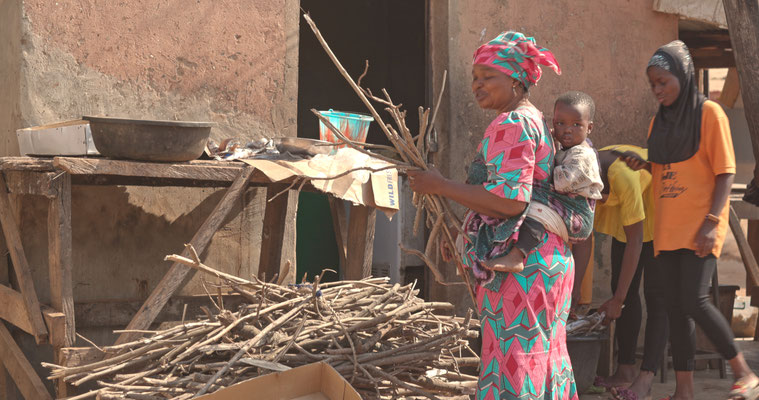 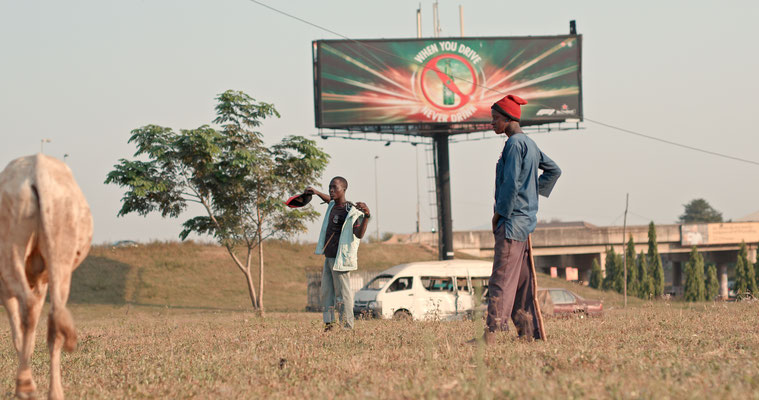 There seems to be an unspoken hierarchy between images and words: images are often described as nice, cool, beautiful whereas words are still predominantly used to make strong arguments, to prove a point, to explain the evidence. However, images can make “visual” arguments, literally “show” the data or demonstrate evidence. With images, we are able to take another perspective, highlight a detail, capture invisible movement, show processes, catch a phenomenon, gather audiovisual data, highlight epistemological value. In this sense, it’s hardly surprising that the term evidence is etymological rooted in the latin “videre” = “to see”. With this argumentation, let’s go back to our meeting at the Swiss National Science Foundation in Berne in December 2018. The filmstills were our visual arguments, they were exemplifying in a sometimes non-negotiable way the inequalities and conflicts many individuals and minorities from Nigeria, Guatemala, Indonesia and Sri Lanka are facing on a daily basis. We were trying to give a voice and a face to affected individuals, many representing minorities often neglected in the national discussions and let them tell their stories and experiences themselves. The pictures from the research documentary sampled the omnipresent inequalities from economics to politics, from gender to the way national history is written and presents visual proof. And the portraited researchers in the documentary may also give some insight into the field experience itself, one which won’t find a place in peer-reviewed papers afterwards. This action on the part of researchers means that when they embark into field studies to gather data and insights into social conflicts, they are sometimes putting themselves in danger and become an actor in many ways themselves.

Finally, when we start to treat pictures with an understanding of the whole epistemological power they carry for research and education, then we might start to deepen our understanding of how pictures may be not only nice and beautiful, but indeed powerful and steeped in meaning.

Context of the research documentary “Inequality and Conflict – Beyond us and Them”:
Within the context of the r4d programme of the Swiss National Science Foundation emerged a synthesis project work between three research projects in the thematic area of “Social Conflicts” (Ethnic Power Relations, Gender Dimensions of Social Conflict, Fostering Pluralistic Memories). The research documentary is the product of a two-year synthesis process of participatory filmmaking spanning boundaries between places and people and their different knowledge and experiences in working through inequality and conflict. It contextualizes findings and presents solutions for more peaceful, just and inclusive societies as stated in SDG16 of the 2030 Agenda for Sustainable Development.