Any sufficiently advanced tech is indistinguishable from magic

VR-360 production from Guatemala within the Social Conflicts Module, research for development SNF, 2018.

The recent developments in VR has not gone unnoticed in the developments of digital education. Besides the new thrilling paradigm shift, which VR evokes for the game industry, documentary or journalism, the advanced development of affordable VR models also fans the flames for educational content production.

360°videos resemble traditional videography in some of their affordances, but when it comes to innovative storytelling, playful elements and strategies for directing the gaze-attention of the recipient are genuinely different. Therefore, we urgently need to continue our research into this area, as first VR productions seems highly promising for some science educational content. However, as each other media which gets introduced into the market, we notice a classical media fallacy first: in VR-360 it’s clearly the passiveness. Besides turning heads, standard VR 360-video is used in a rather passive way. Therefore, there are still a lot of possibilities to be explored in action research based setups. We strongly believe that educational VR 360-videos can benefit dramatically from playful and interactive elements instead of only using passive VR 360-videos, often driven by technological restrictions that are no longer valid.

VR-experience of a kidney surgery for medical students, Centre for Innovation, Leiden University, 2017.

VR-experience to explore a challenging issue of the humanitarian law about child soldiers, Centre for Innovation, Leiden University, 2017.

At Leiden University (The Netherlands) and ETH Zurich (Switzerland), we’ve already gained some insights into the potential and pitfalls. Passive VR 360°videos can enhance specific educational experiences, even without playful interactions. First, our medical students can experience the operational theater before they start their internship. Second, environmental science students learn to identify natural resources in a foreign landscape.

Currently, we are developing innovative playful VR 360-video, investigating new ways of storytelling and interactivity for learners. In these new projects, we actively try to play towards the strengths of the VR-medium. This said, when it comes to research in VR-360 and the potential of it for education, we’re still in the very beginning of it. We can build on a foundation of media- and film studies and educational sciences, but it is currently still a desideratum.

Research Topic - On Talking Heads in VR360-videos
In the last four years, the video production for educational courses including so called Massive Open Online Courses (MOOCs) have increased rapidly. Previous research suggested, that using short videos as a media for knowledge communication offers comparable learning results to traditional lectures (Glance et al. 2013). It is only a question of time, until the first VR educational courses will be published. Karutz & Bailenson (2015) already proposed “a new theoretical hybrid classroom model called the massive open online virtual environment (MOOVE)” (Karutz & Bailenson 2015).
In relation to potential VR productions for education purposes it is important to highlight, that further research should include a profound analysis of the role of educators in VR. Questions regarding the authenticity, authorship or authority of visible educators in MOOC videos have often been neglected in current discussions. Some research highlights that the educator can build a connection when gazing into camera (Hansch et al. 2015). Still, this binding effect is not further explained, nor is the fact that a gaze into a camera lens with a close framing can be designed in almost infinite aesthetic (e.g. surrounding space, light settings) and performative (e.g. movements of the head, gaze intensity, facial expressions, body angle) variations. As an example, a gaze of a person can be impertinent, tender, demanding, captive or indulgent (Boehm 2014). As such elements of a person in video or VR are valuable information for a delivered message, such aspects need to be integrated in the discussions about further developments of VR education.

Nowadays, analogue learning spaces such as sitting in a traditional classroom (not lecture hall), listening to and watching an educator speak about the evolutionary development of frogs, are organized in standardized interpersonal distances (social distance) between the student and the educator. In the recent MOOC video productions, the educator is often displayed as a Talking Head in a close-up cadre. The reasons for the popularity of such close-up sceneries for educational purposes are still unclear. In an expert interview with the gesture researcher Sotaro Kita (2015) stated: „I felt like I’m standing too close to that person. Because when I teach, or when I’m learning something, you know, the teacher is not that close to me, usually. […] And also, I wasn’t sure that I wanted to see all the facial expressions. In some ways, that was a bit distracting from the content” (Kita 2015). If already a close-up of educators (authorities) view in classical moving images arise such impressions, the effect of closeness and distraction gets multiplied through head-mounted displays in VR. So, when the educator explains the evolution of frogs, the effect of closeness, such as a frog appearing directly in front of the students face, can probably be used in a positive sense: As closeness evokes arousal, this could be used to stimulate the attention focus. But when a talking educator appears directly in front of the student, he will distract from the actual topic. The content itself should arouse, but not the Talking Head. And when in the end a monster frog attacks the student, he or she will probably remember the lesson much better.
Hence, upcoming VR production with educational purposes should deeply reflect on such consequences like nearness of educators, immersion or storytelling. 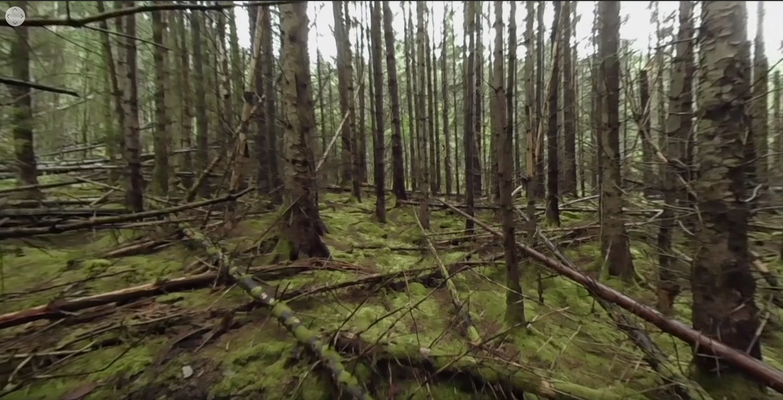 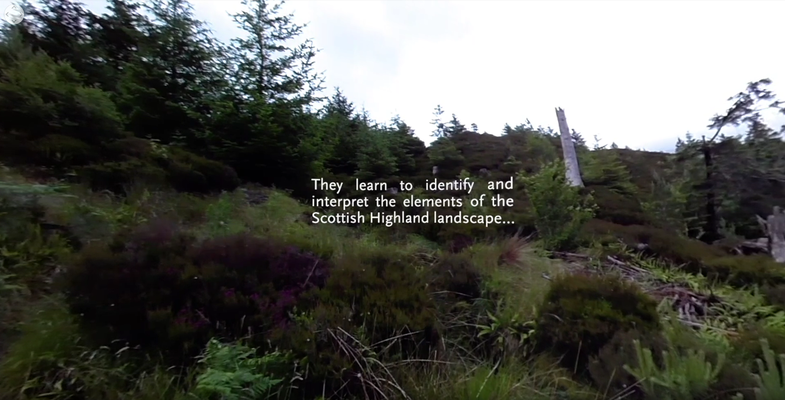 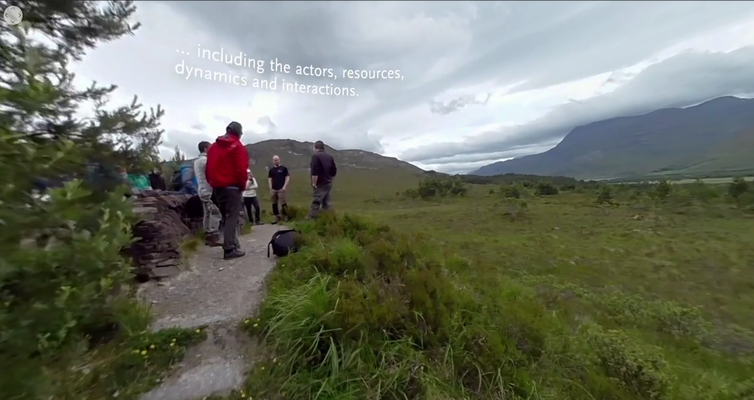 Too close to be true: VR images bring the visible speaker into your face (literally)

In Virtual Reality (VR), images of persons are displayed closer to the viewer than ever before. Therefore, images of strangers can come much closer into the experiences and private sphere then in accustomed socio- cultural interactions or in “conventional” moving images. Each micro movement of the face is visible in focus, allowing to read the face of a virtual person in greater detail than ever permitted in conventional distances in the real non-virtual reality.

The sensation of immersion in VR changes the way the images are depicted compared to regular moving images. The bodily representations of a virtual person differ depending on the distance of the image- framing. Thus distance affects how vision and sensorimotor interaction are anchored into somatic, mental and neural processes – into an embodied perception. Accordingly, images not only affect the visual and kinesthetic imagery but also influence the way of thinking, analyzing and understanding something or someone, and VR adds a new dimension to all those cognitive processes by enabling extreme close-ups impossible on a common screen. An unconventional immersive close-up of a person can intimidate through the unfamiliar, extremely short interpersonal distance, as the speaker is just too close to be true.

Moving images are getting closer to our bodies in many ways. Especially the recent developments in Virtual Reality (VR) technology increases the immersion by tightly binding the perceived images to bodily actions, in particular head turning.

In VR, subjects and objects appearing close to the viewer evoke a strong bodily reaction, such as arousal (fear, delight, eroticism, anger). The immediate reaction is often a physical step aside or a turning of the gaze away from the scenery. VR images bring this sphere of closeness and distance between the body in the image and living body to a new level of possibilities. Hence, this article discusses the changes of interpersonal distances and aesthetics regarding the representations of virtual persons1 due to the use of close-ups in VR.

At this point, the scope of this work only includes the appearances of filmed virtual persons and not animated characters, for whom different considerations may come into play. Further, when I refer to VR I mean virtual reality experienced with head-mounted displays which are just about to be released at the time of writing in Q1, 2016, the first users’ versions of e.g. Oculus Rift, Morpheus, HTC Vive and so on. Further, I am discussing the use in 360-degree VR video, not fully interactive virtual worlds. 360-degree video differs from fully interactive virtual worlds as those allow the actor to move the “camera” position and thus adjust the distance by taking a step away. In 360-degree VR video, all you can do is turn your head away, but the distance towards the image cannot be increased by a step backwards. The recent developments in VR promises a new disruptive way of immersive experiences using 360-degree VR video as „it promises to bring audiences closer to a story than any previous platform“ (Pitt 2015). But what are the consequences of bringing it closer than ever before?